A video of an Australian female tourist being hounded by men for clicking selfies in front of the Taj Mahal Palace Hotel in Mumbai has gone viral on social media.

In the video, the blonde woman is seen being pestered by locals for clicking a photo with them. The woman, however, appears to be calm and composed, and even seems to be enjoying all the attention.

Indian netizens, though, have hit out at the incident, with many questioning the act as being dangerous. Several also complained about the video being in poor taste and showcasing the ‘desperate’ nature of Indian males. 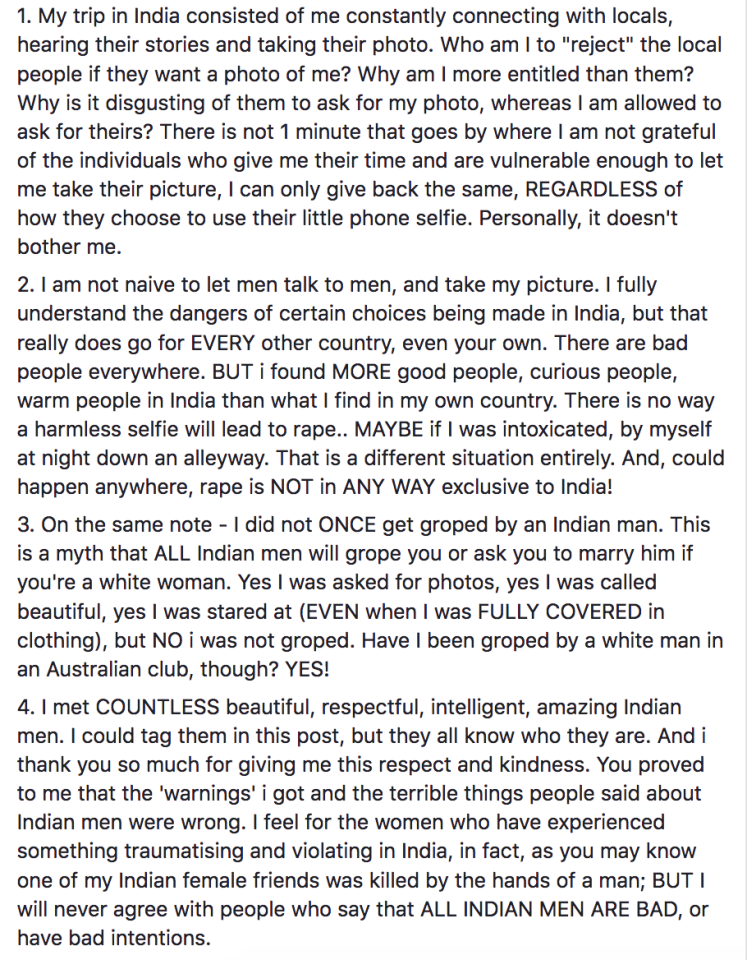 The woman in the video, Celia Voivodich, has come forward to say that the video shot was ‘for the sake of humour, for blogging content, for interest’s sake’. She also went on to add: ‘I can see how people could form this opinion, however I did not feel disrespected at all. If you can see the light-hearted humour in this video, then thank you, we are on the same page!’.

Though the video was taken a year back, it came to prominence only recently with people lashing out at the mob mentality of Indian men and holding Celia responsible for it.