Flyover Being Built Collapses On UP Highway, Worker Injured

A portion of an under-construction flyover on a highway at Uttar Pradesh's Basti district collapsed early morning today, injuring a labourer who was working at the site. He is being treated at a local hospital.
Eyewitnesses said the iron beams supporting the flyover appear to have sank into the ground, leading to the collapse. It has been raining in the area for the last two weeks.

Chief Minister Yogi Adityanath has told the local authorities to clear the debris and ensure traffic is not affected on National Highway 28, some 205 km from state capital Lucknow. 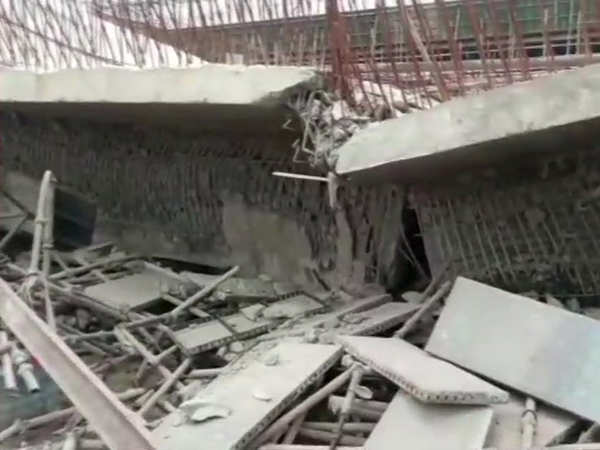 This portion of the flyover was being constructed by contractors directly employed by the road transport and highways ministry, people with direct knowledge of the matter said. Sixty per cent of the construction work was complete.

The local administration had inspected the flyover last week itself, the people said.

"District administration has informed NHAI (National Highway Authority of India) and has asked them to look into the issue immediately and to take appropriate measures on priority," district magistrate Raj Shekhar said in a statement.

Last week, a portion of a service road on the Agra-Lucknow Expressway caved in after heavy rain, swallowing a car with four people. There were no casualties.